Plant in full solar to half shade and average to fertile soil that is nicely-drained. Liriope is drought-tolerant as soon as established, and deer and rabbits usually go away it alone. Prune liriope in late winter or remove brown tips with shears or a mower set on high. groundcover with grass-like foliage and blue-violet summer time flowers. It stays evergreen in delicate winter climates and is helpful as a border or groundcover, especially on exhausting-to-mow slopes. 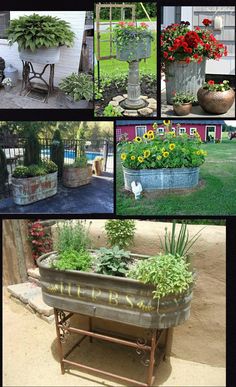 Plants grown in containers may need extra safety in winter. In Zones 6-8, plant in spring in full sun and mulch in fall. Like ribbon grass, this decorative fescue is a perennial that’s useful as a groundcover or for erosion control. ‘Elijah Blue’ has a clumping growth habit with fantastic, bluish foliage and buff-coloured flowers. In Zones 6-9, plant in spring in full solar to light shade. In all zones, mulch after the primary frost and pull again the mulch in spring.

Despite its name, it has solely small, occasional thorns. Herbaceous peonies die to the ground in fall; cut any remaining plant elements to the ground and discard them. In Zones 4-6, apply additional mulch after the primary hard frost and pull back the mulch in spring. In Zones 7-eight, plant in fall and provide extra water in dry spells. Smoke timber can be grown as giant, deciduous shrubs or small bushes. Their reddish-purple leaves flip scarlet within the fall, and ethereal, smoky-purple seed clusters add to their magnificence. Some barberries are invasive and will not be grown in some states.

Plant in well-drained, moist soil that’s wealthy in natural material. Plant in solar to half shade; a spot with morning solar and afternoon shade is greatest in sizzling summer season regions.